One of the recurring themes of our semester so far has been the “why” of digital projects – yes, you can put a historical idea into a digital medium, but why would you? How does it change or enhance what you’re trying to discover or show about the topic in question? 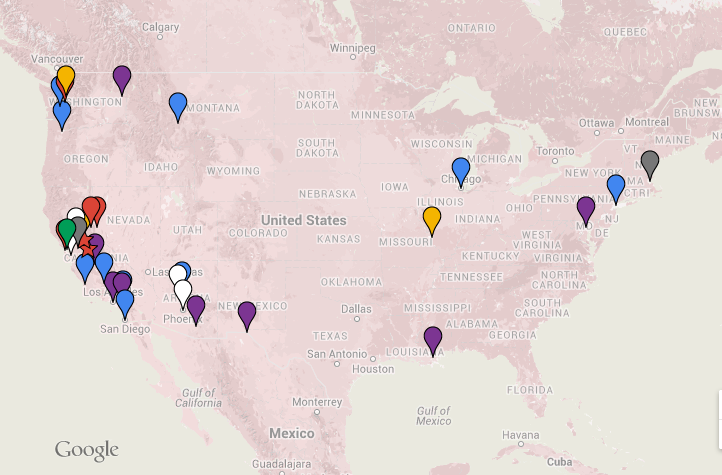 As part of a research project for a course on the 19th century American West, I discovered that, beyond merely having a Chinatown (known locally as “Hop Alley”), St. Louis had had one of the earliest Chinese communities in a large American urban center not on the Pacific coast. Although I produced a digital map (above) with some simple color coding to try to represent the spread of the Chinese-American population, the lack of movement, interactivity, and clear tie between the map and other content in the research presentation, along with the complexity of the data, made the facts — and the importance of the facts — much less clear.

For my digital history project, therefore, I’m going to use the University of Virginia’s VisualEyes platform and editing tools to  turn my static map into something that can better show movement over time, and which will tie individual points together with images and descriptions of what was happening when.

Even though this follows a more traditional linear narrative (passage through time), like a research paper or chronology, my goal is that being able to watch a more literal representation of the spread of these communities will allow viewers to  see how the Chinese population in 19th century America moved not only with the railroads, but with other demographic and economic shifts.

This site uses Akismet to reduce spam. Learn how your comment data is processed.

a librarian, editor, gamer, and historian, interested in tech, culture, teaching, & digital humanities. Any comments and opinions expressed here are solely mine.
%d bloggers like this: